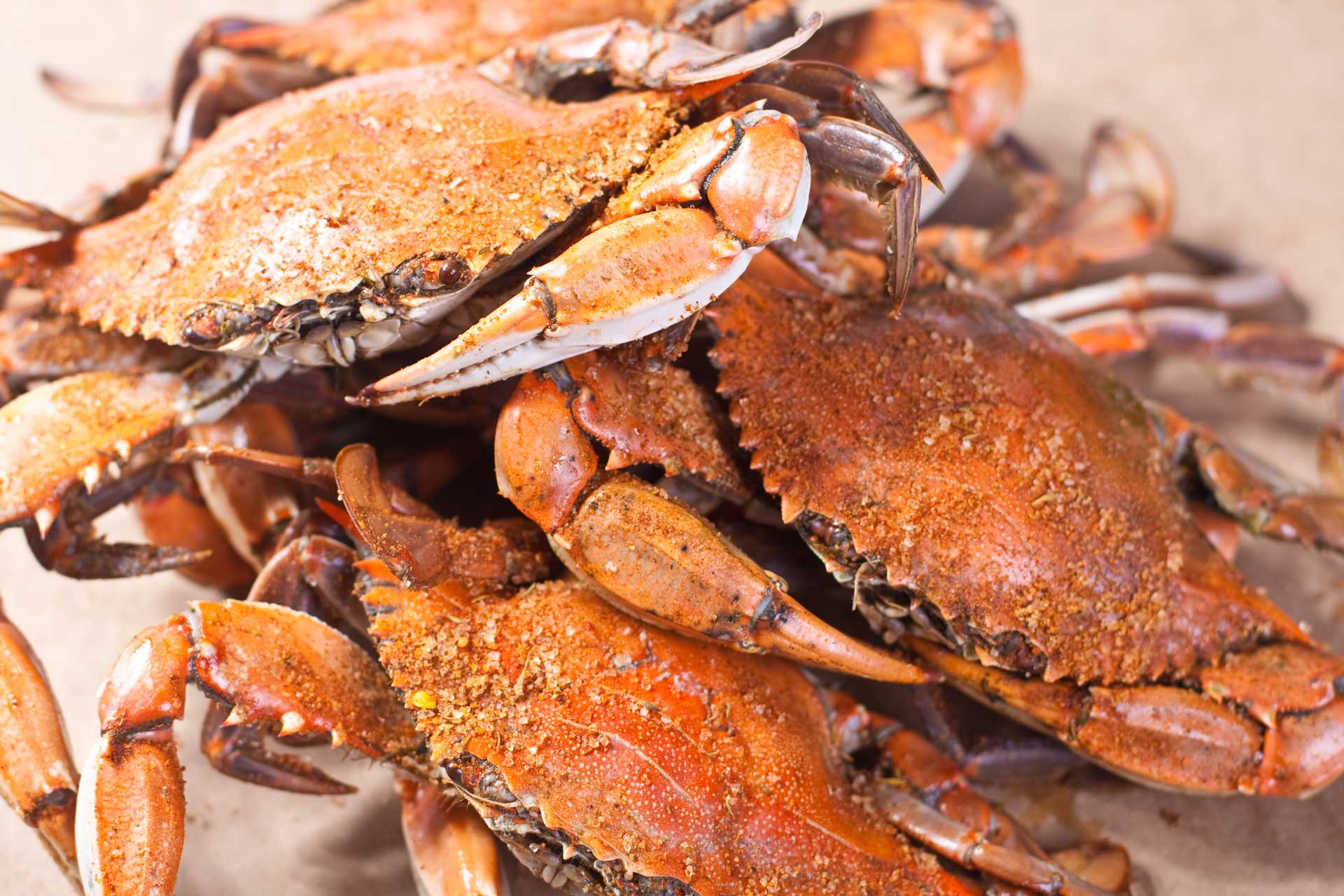 Some people have been asking about the differences between Maryland, Carolina, and Louisiana crab.

All three of these states are famous for their crabs, so what is it about each state’s geographic location that makes its crustaceans unique?

There is actually not much difference between them—all the crabs that come from these states are blue crab. The difference is mostly in how they are cooked.

Read on to learn about the differences between Maryland crab, Carolina crab, and Louisiana crab!

Firstly, what exactly is a blue crab?

The blue crab gets its name from its sapphire tinted claws. The carapace (shell) is usually a brown color and mature females have red on the tip of their pincers.

You can find blue crabs starting in the waters near Nova Scotia, Canada, through the Gulf of Mexico, and all the way down to South America. Blue crab has also been introduced to the Japanese and European seafood industries using ballast water.

Blue crabs feed on almost anything; their diet includes mussels, small fish, and plants, among other things. Their popularity in the dining world stems from their sweet and tender meat.

The mature males are often called “Jimmy” crabs and contain flakier meat than the mature female or “Sook” crabs. During mating season, a female blue crab can release up to 2 million eggs.

You may be surprised to learn that if you are eating crabs in Mayland during the off-season, then you are probably not eating native Maryland crabs at all. It’s likely they were fished in the Gulf of Mexico and shipped to Maryland.

Without this off-season service, year-round crab restaurants wouldn’t be able to stay open in the off-season. Even in the middle of crab season, you could still very well be eating crabs that came from a geographical region other than Maryland as the Chesapeake Bay simply does not have enough supply to keep up with the current demand.

There has even been some debate as to whether or not restaurant owners should be forced to disclose the accurate origin of their crab. With that said, many restaurants—such as Cameron’s Seafood—really do sell native Maryland blue crabs.

There are a wide range of ways to cook and prepare crab. These methods typically vary from region to region. In the Carolinas, for example, she-crab soup is all the rage. This soup is similar to a bisque and is made with cream, fish stock, blue crab meat, dry sherry, and sometimes even fish roe. Many people in Louisiana, as another example, are fond of eating crab freshly boiled in salted water.

If you go to Maryland, you’ll quickly learn that Maryland blue crab cakes are a local tradition. There are different ways to make crab cakes, but they often contain mayonnaise or eggs, bread crumbs, Old Bay seasoning, and other spices and herbs. Steaming crabs—versus boiling them—is another popular way of preparing crab in Maryland. Some believe that steaming gives the crab a much better flavor than boiling.

Even crab utensils vary from state to state. In Louisiana, for instance, people tend to use metal crackers to open their crabs whereas in Maryland they use wooden mallets.

If you’re in the eastern United States, you’re most likely eating blue crab. Whether your serving of blue crab originates from Maryland, Louisiana, or Carolina, rest assured that blue crab is one of the tastiest creatures under the sea!

At Cameron’s Seafood, we take our crabs and other seafood very seriously. On our online store, you can buy whole Maryland blue crab that is caught, steamed, and packed the same day it ships.

We also offer lump crab meat, crab cakes, other seafood, and prepared meals too. Check out all of our fresh and delicious options and don’t hesitate to contact us if you have any questions!

Last but not least: don’t forget to sign up to our email newsletter to get access to exclusive giveaways and discounts.